The Austin Film Festival has put up their Barry panel-available to watch for $22 bucks!

“Ronny/lily,” the Emmy-nominated episode (writing and directing) of HBO’s “Barry” is, in a word, bonkers.

In it, star — as well as co-creator, co-writer and director — Bill Hader as reluctant hitman Barry is being blackmailed into killing Ronny, whose only crime is dating a jealous cop’s wife. Insane complications ensue (who knew Ronny was a martial-arts master, for instance?), but mainly from Ronny’s weirdly dangerous and otherworldly young daughter Lily, who walks in on the violence and proceeds to leap, climb and spider-crawl around like something from a horror film.

When a seriously injured Barry tries to flee the madness, his handler/mentor Monroe Fuches (Emmy-nominated Stephen Root) pushes him to finish the job, including killing the child (12-year-old Jessie Giacomazzi).

How did that all come together? As director, Hader employs cinematic tools to lead Barry toward a key realization that will change the series’ trajectory. (via LA Times) 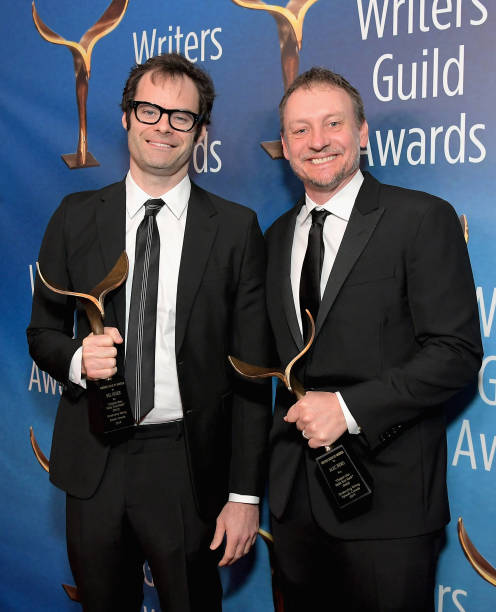